On Wednesday 1st December classes R and 2 went to MEC for a Santa visit (separately). On arrival we met Mrs Claus and made some Christmas cards.  Then we met Bluebell the elf who got us to help her sort Santa's socks into pairs because they'd got muddled up! Next we went to find Santa in the woods.  We actually found Mrs Claus asleep so we woke her up. Bluebell told us the story of why she had grown into a big elf. It was all down to those naughty pixies! After that we went to see Santa and he gave all the children a gift for being so good.  Following this we went on an elf hunt and we found 12 elves hiding in the forest! We ended the day with some berry juice and a biscuit before jumping back on our bus and heading home. It was a super trip and all the children really enjoyed themselves. 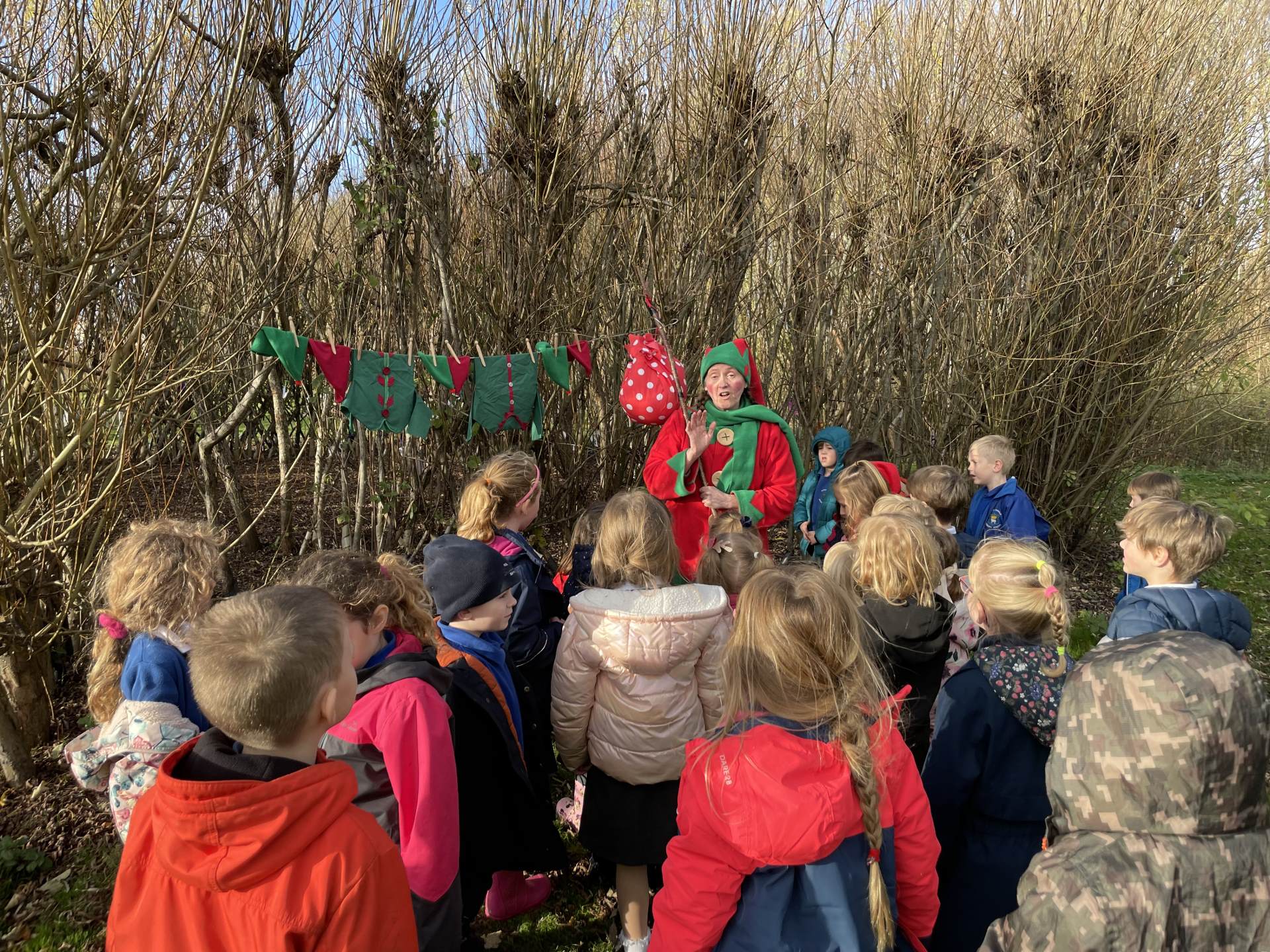 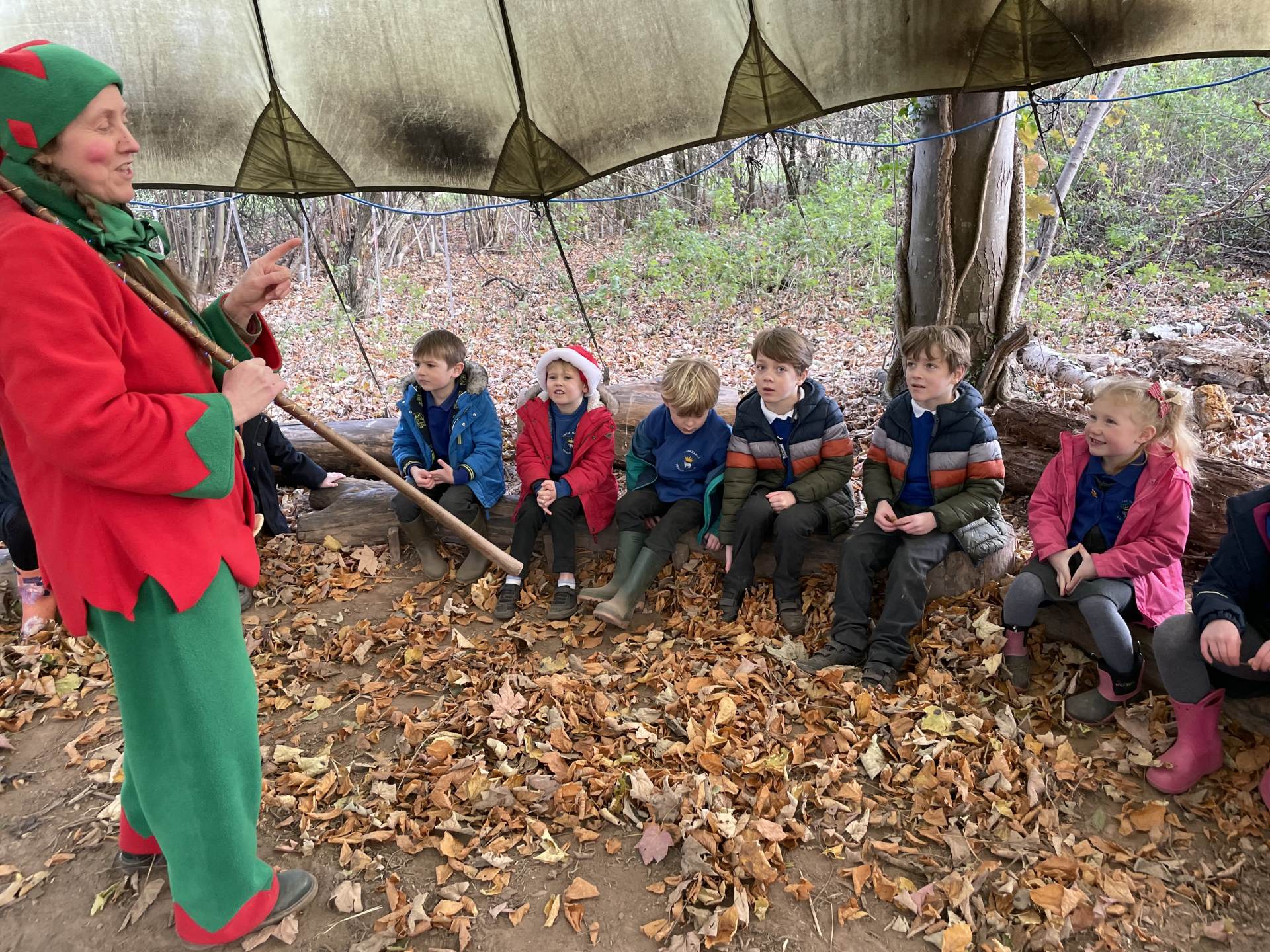 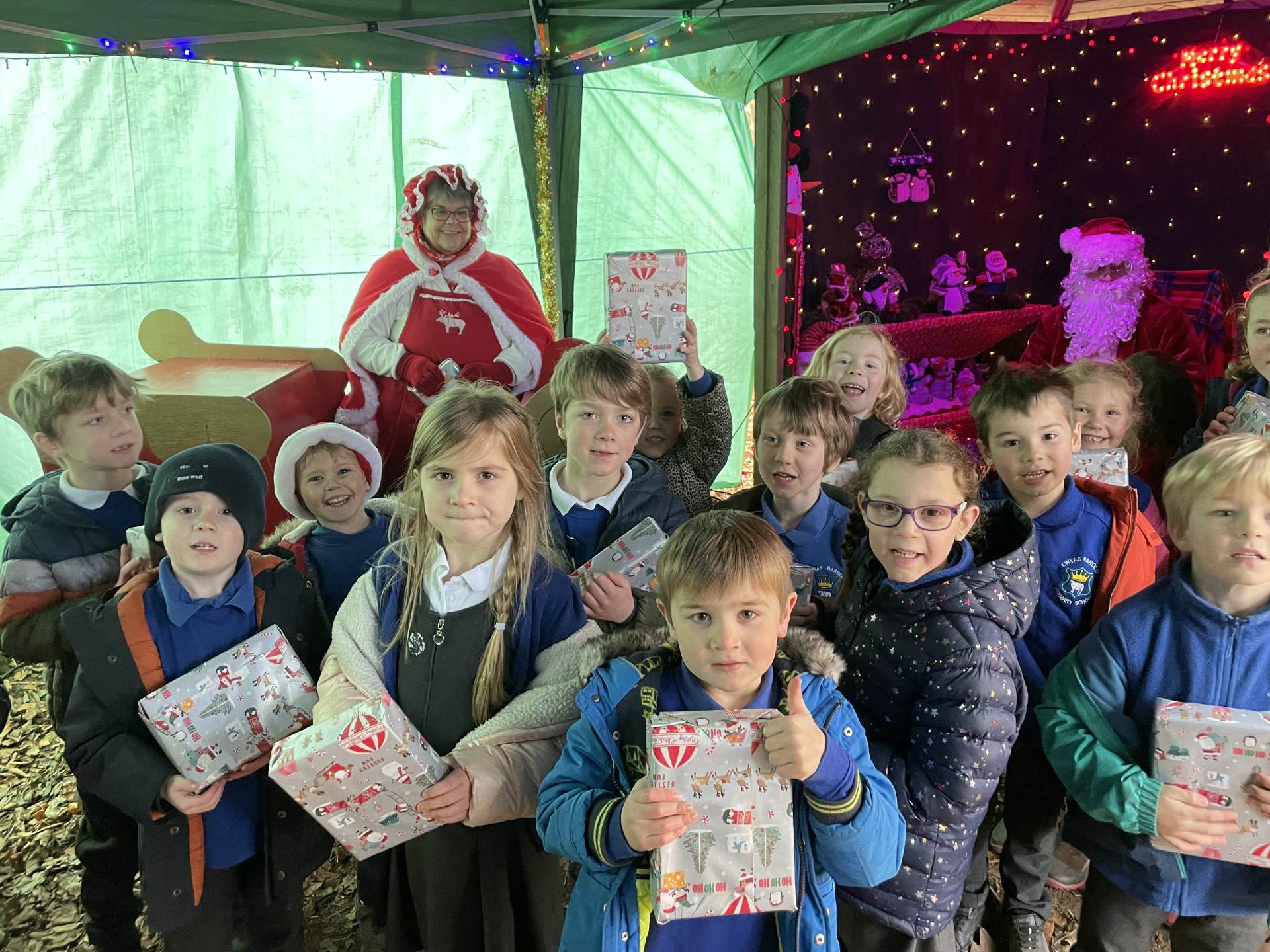 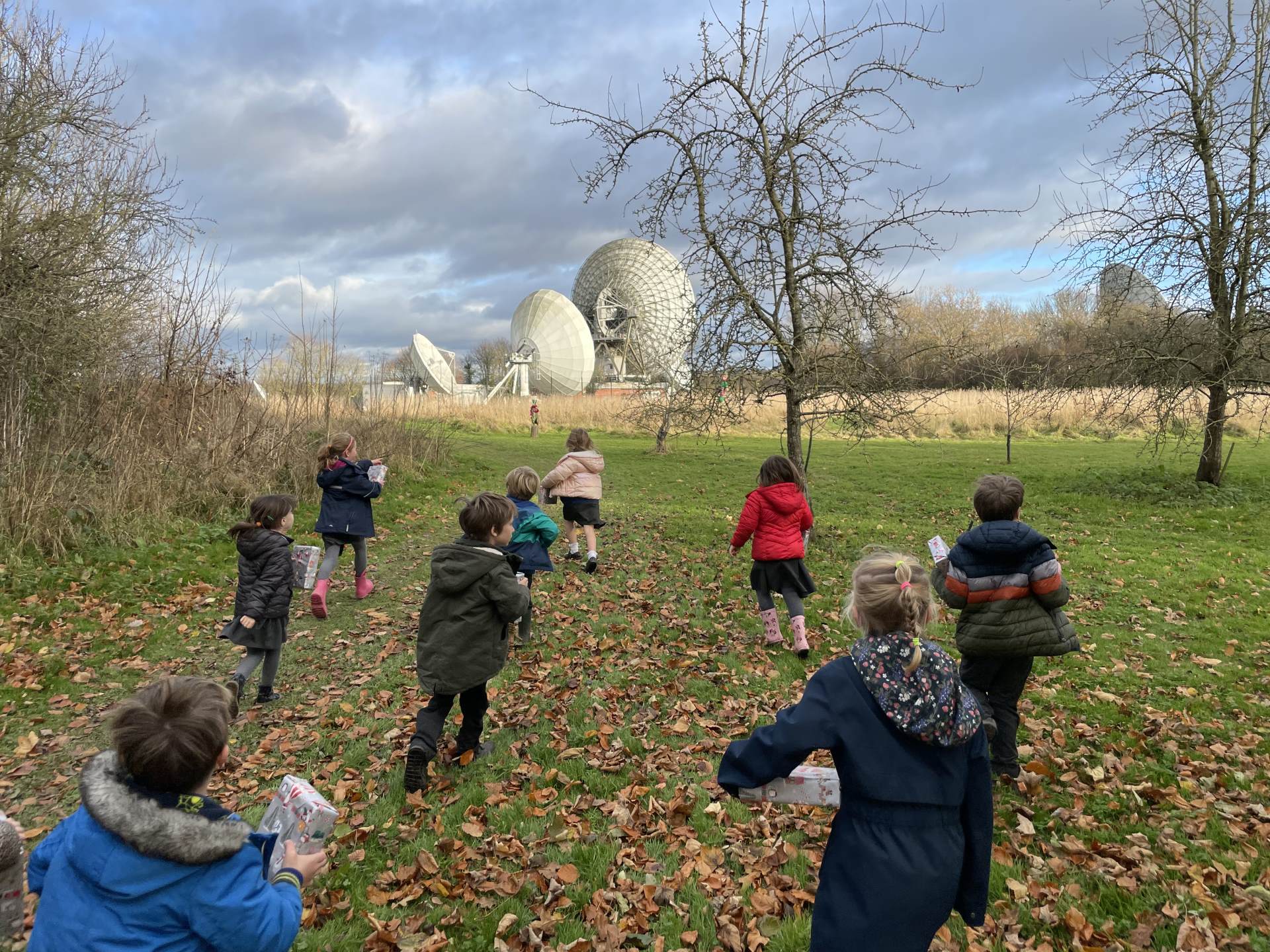 On Friday 19th November it was the UK's annual Children in Need fundraising day. We participated in this as a school. We all wore our pyjamas or Pudsey wear.  School Council held a raffle for a Pudsey backpack, teddy bear, ears and a keyring torch and a keyring torch on its own (winners listed below). They also held a 'guess the number of sweets in the jar' competition.  There were 871 and this was won by Marley in class 2.  We also had a cake sale where every child was given a cake for a small donation. Leo in class R won the best pjs and Josh in class 4 for the best Pudsey outfit. Well done everyone. Thank you to all those who contributed to the bake sale and via money donations.  The children had a lovely day and we raised over £300 for Children in Need! 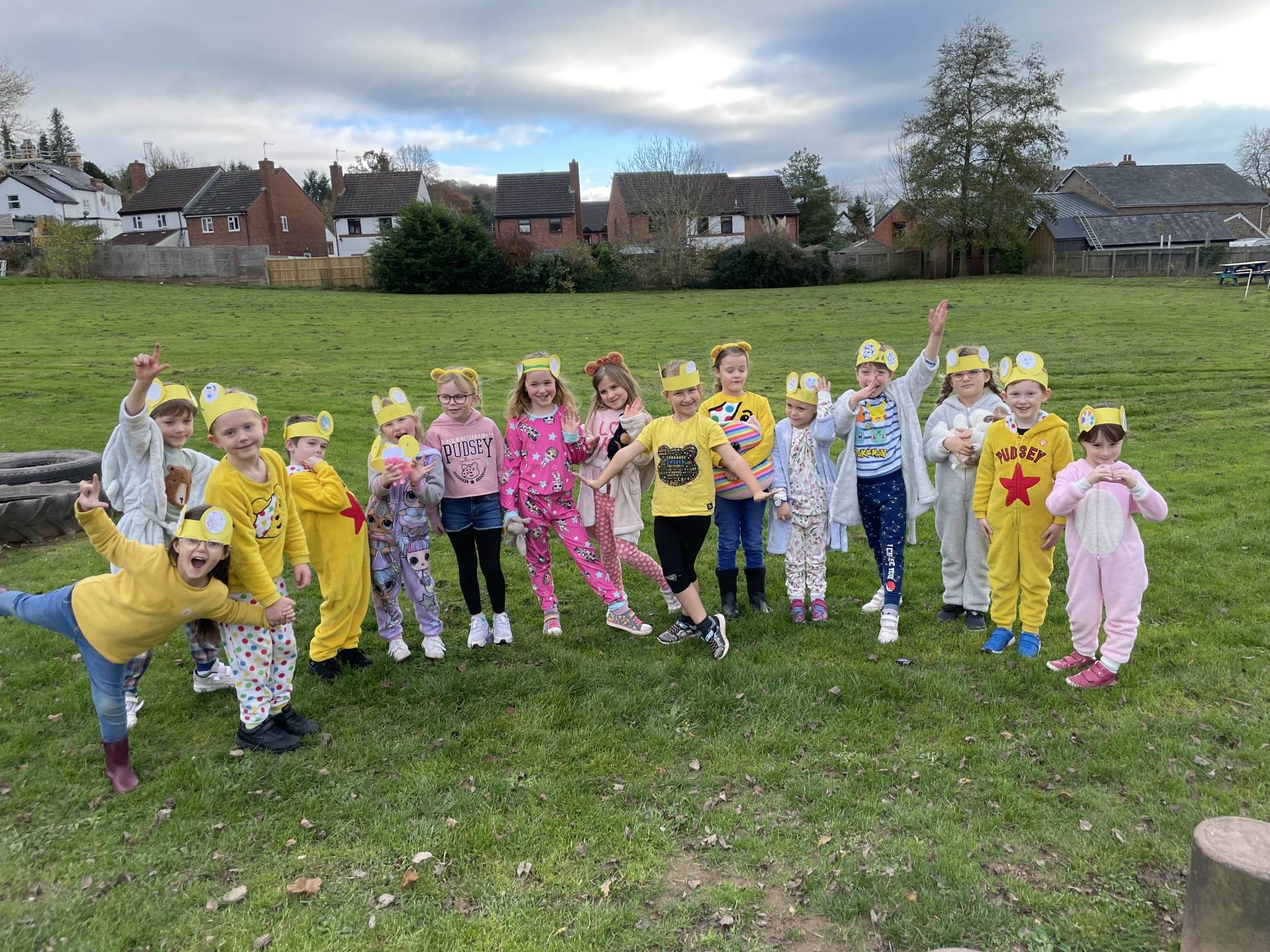 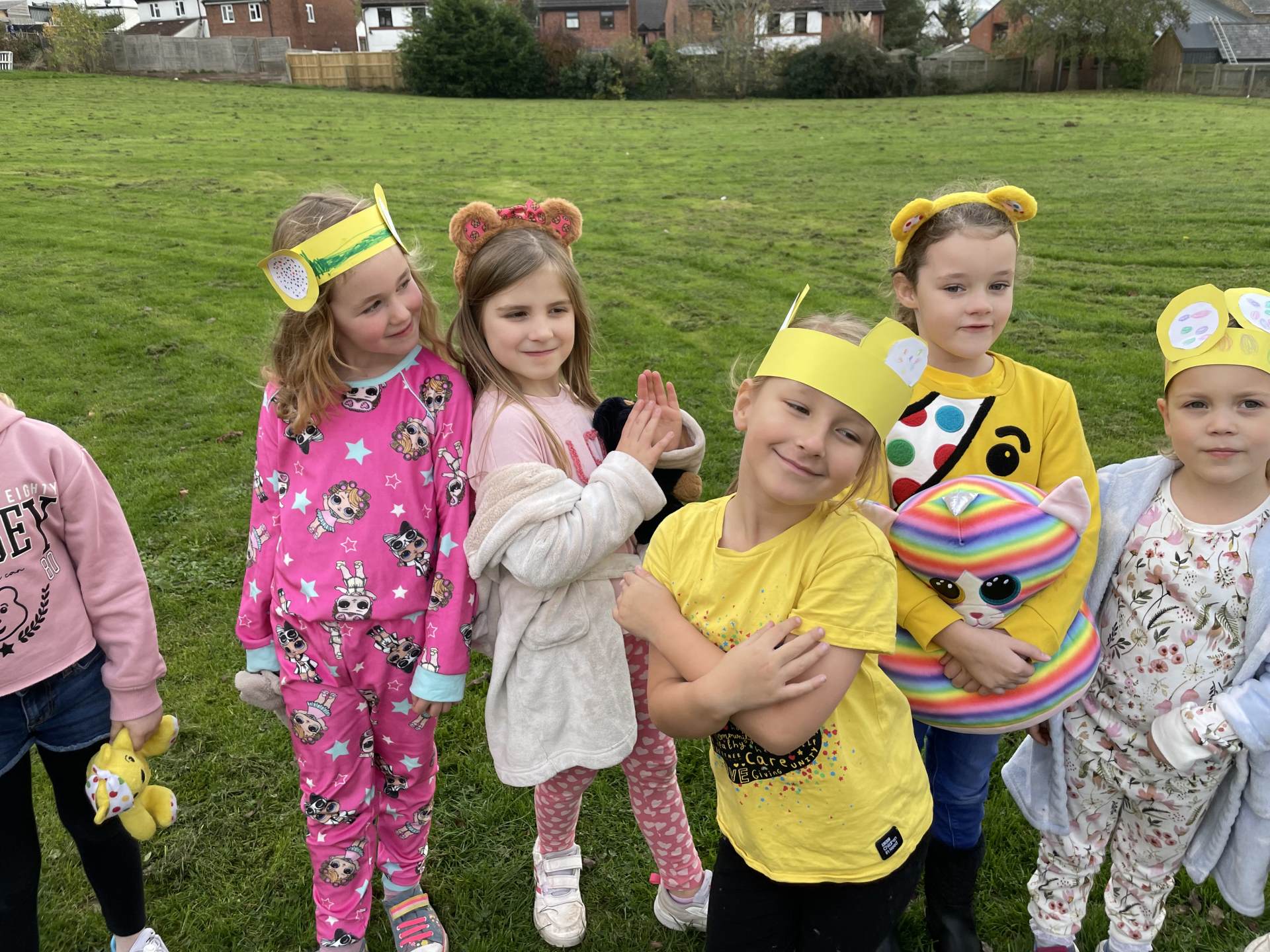 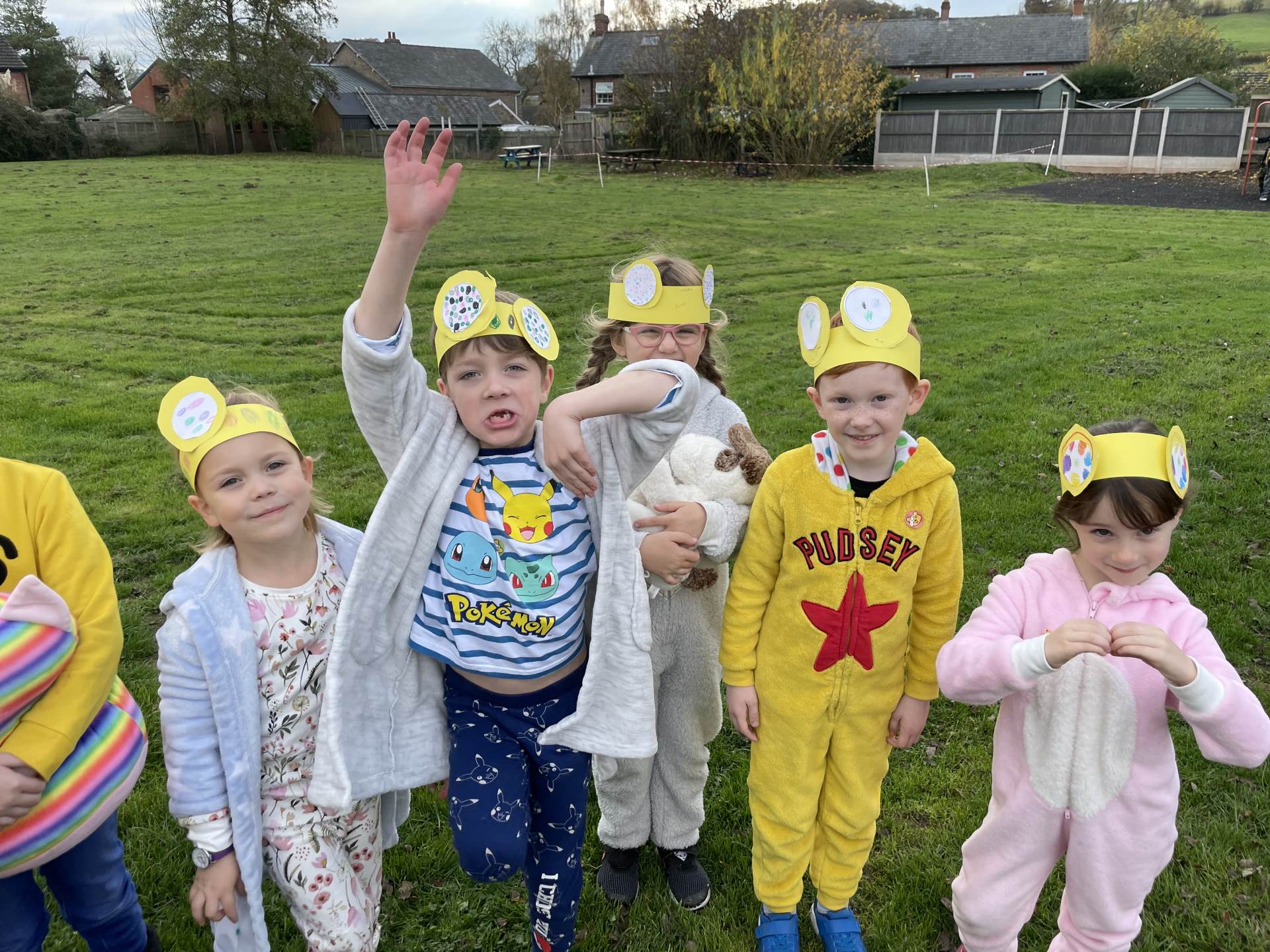 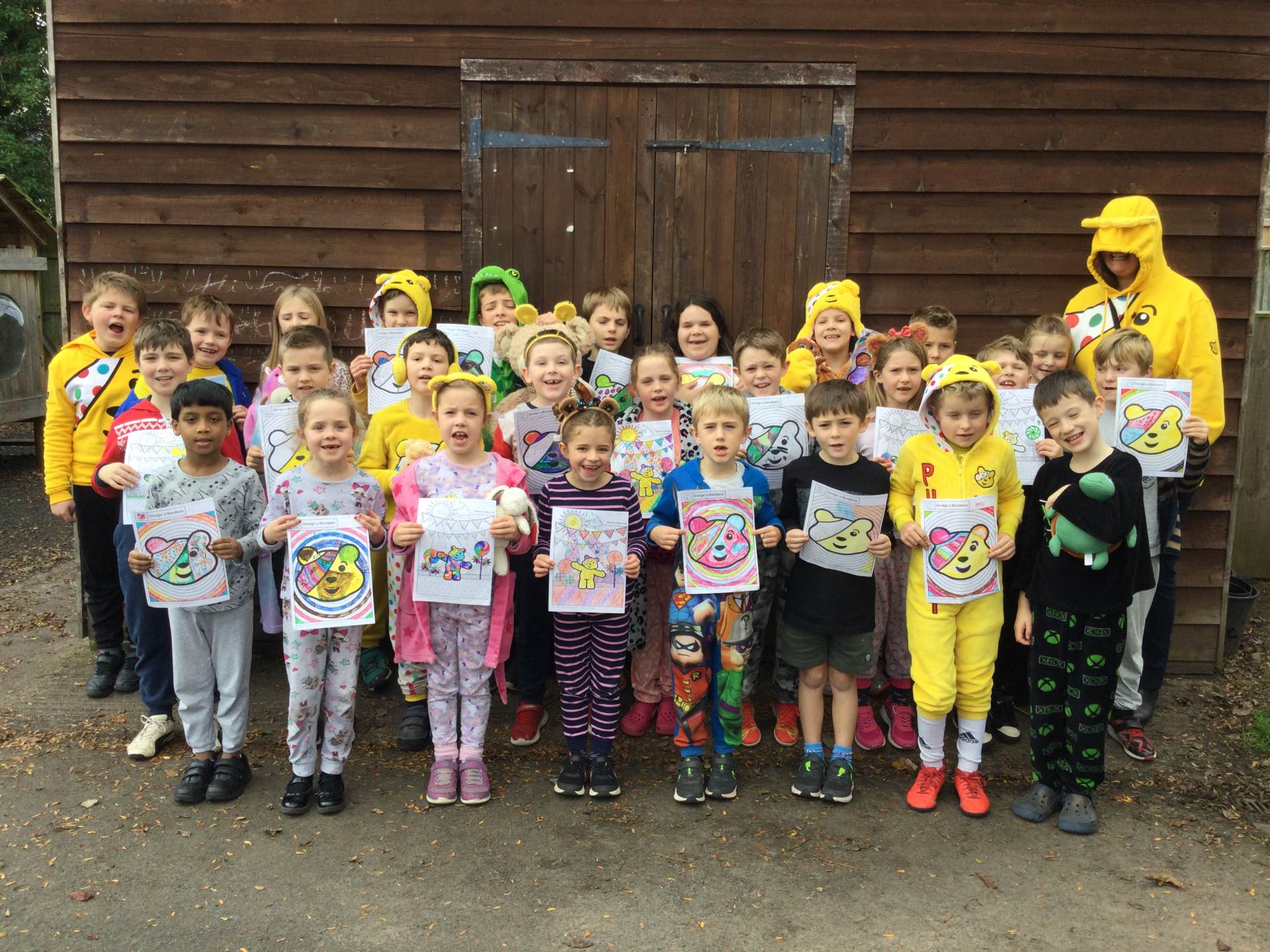 On Wednesday 17th November the Reception children went to Pontrilas Builders Merchants to buy some resources to promote their role play area which this half term is a builders yard.  We wrote a list of what we were going to buy. The lovely staff helped us to find what we needed and even showed us the store room and a forklift. We ended up with so much more, which was kindly donated to us. Thank you to everyone working there. The children had an amazing time and loved their hot chocolates.

On Thursday 11th November the Reception Class took the letters that they wrote for their families to the post office, they each bought a stamp and posted it in the post box. We then went the playing field for a play. The children drew some lovely maps of the village when we got back. 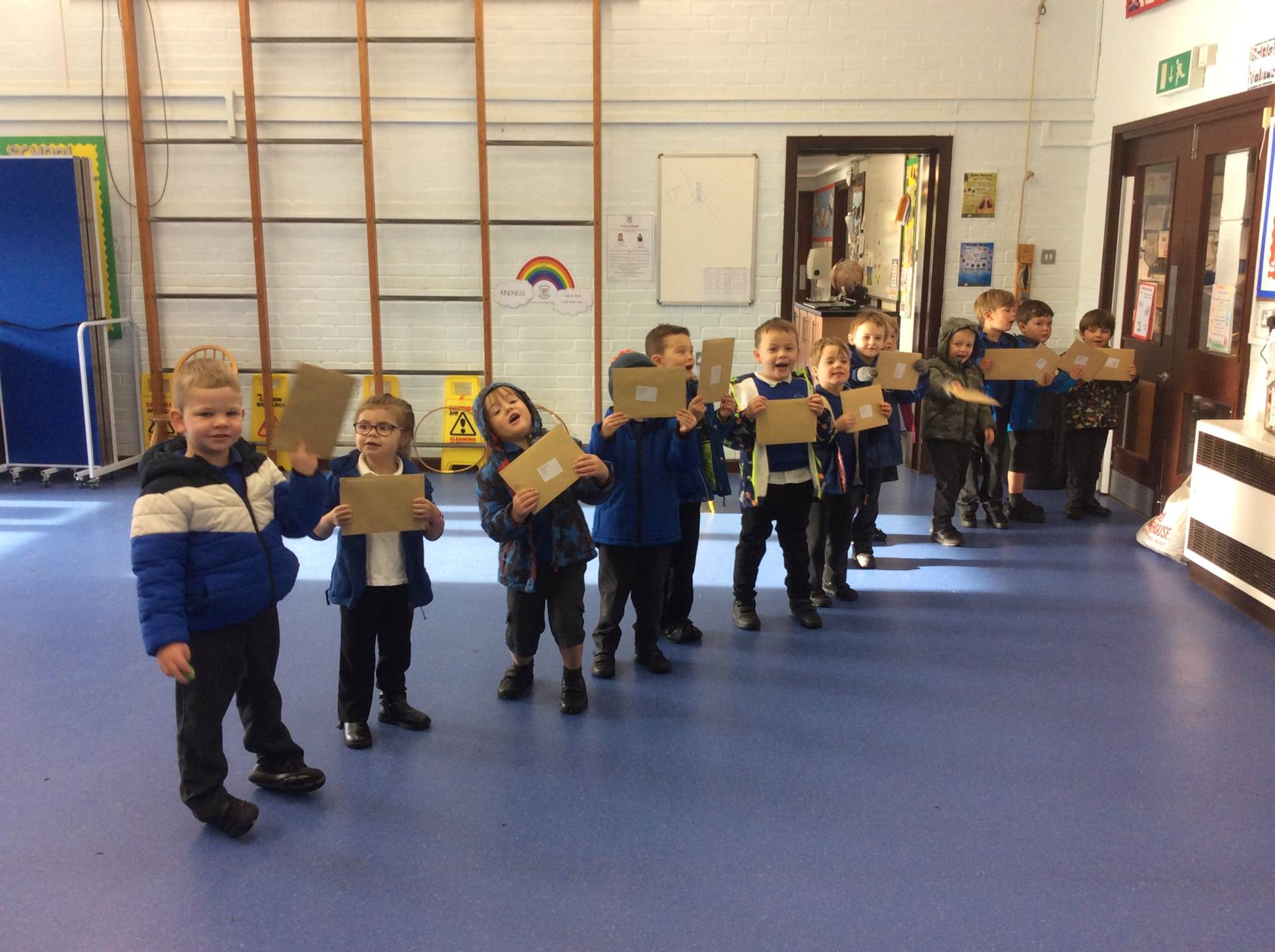 Class 6 led the School's support of these two fabulous charities with a Coffee Morning in the School Hall that was attended by lots of families. There was plenty of choice for a delicious snack because of the generous support of the entire School. Children were able to buy something sweet at breaktime too.

We all wore something yellow and made a donation towards the amazing and worthwhile work of the Young Minds charity. Some people wore just a hint of yellow, but others went the 'full banana'! The entire School was able to buy ducks for our very own yellow duck race and we all walked down to the brook to watch them bobbing along the course.

Anthony's duck was first to the end - he won an enormous rubber duck to take home. Grace's was the slowest duck so she won a very tiny little duckling to keep.

An incredible £625 was raised during the day and this was shared between the two charities.

We held our annual pumpkin competition in school on Friday 22nd October, judged by School Council.  We had some fantastic entries from all age groups. 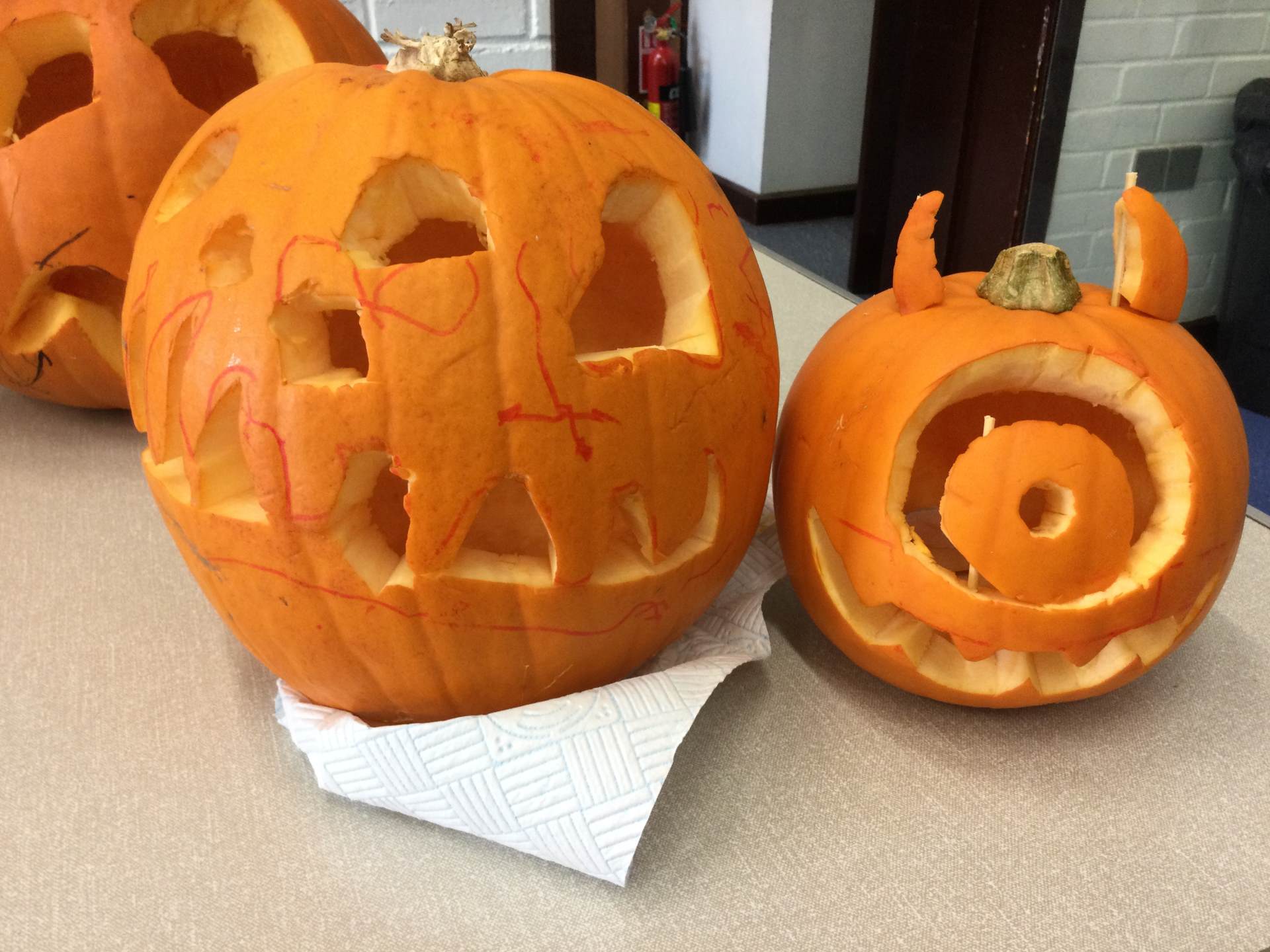 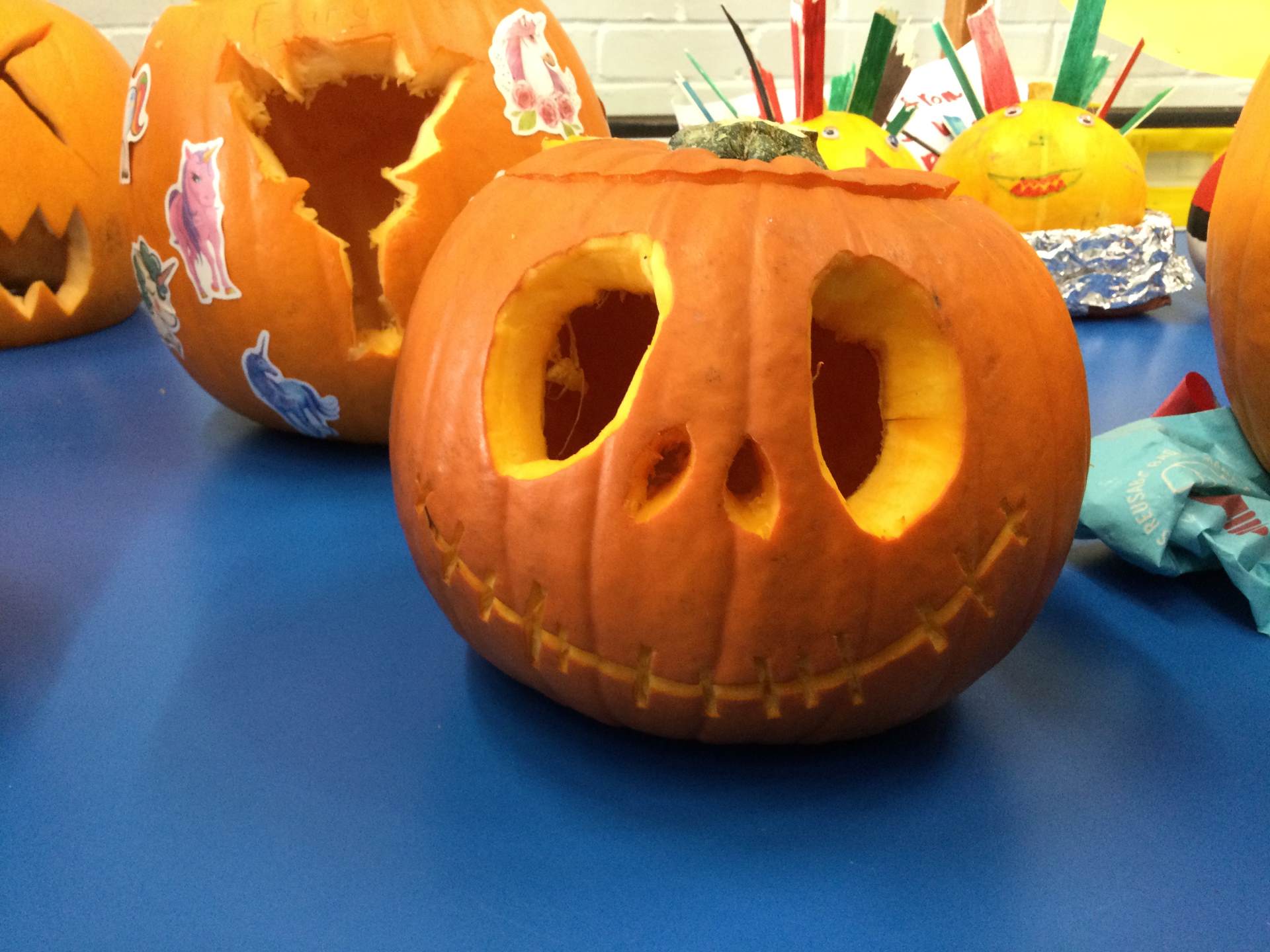 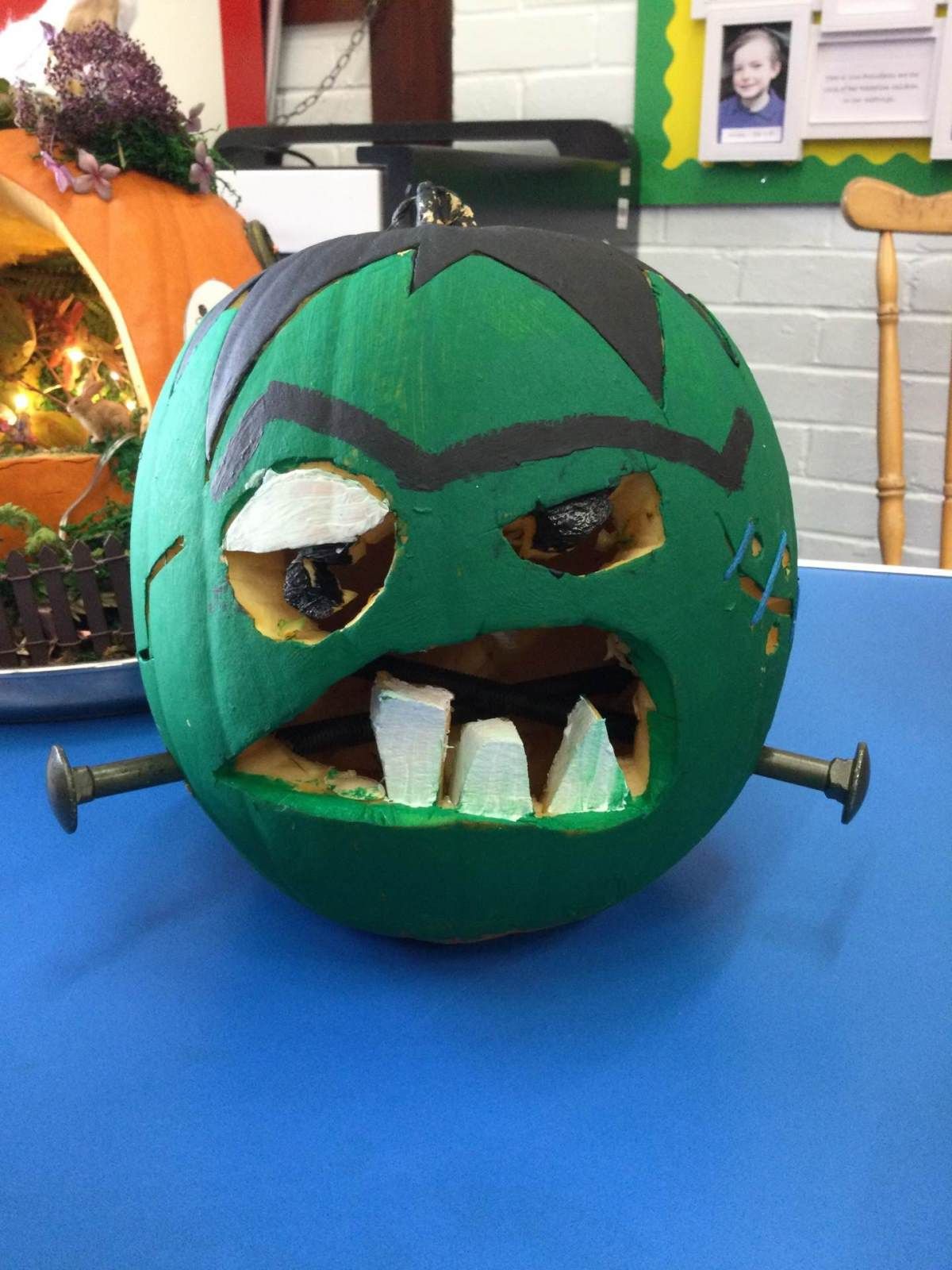 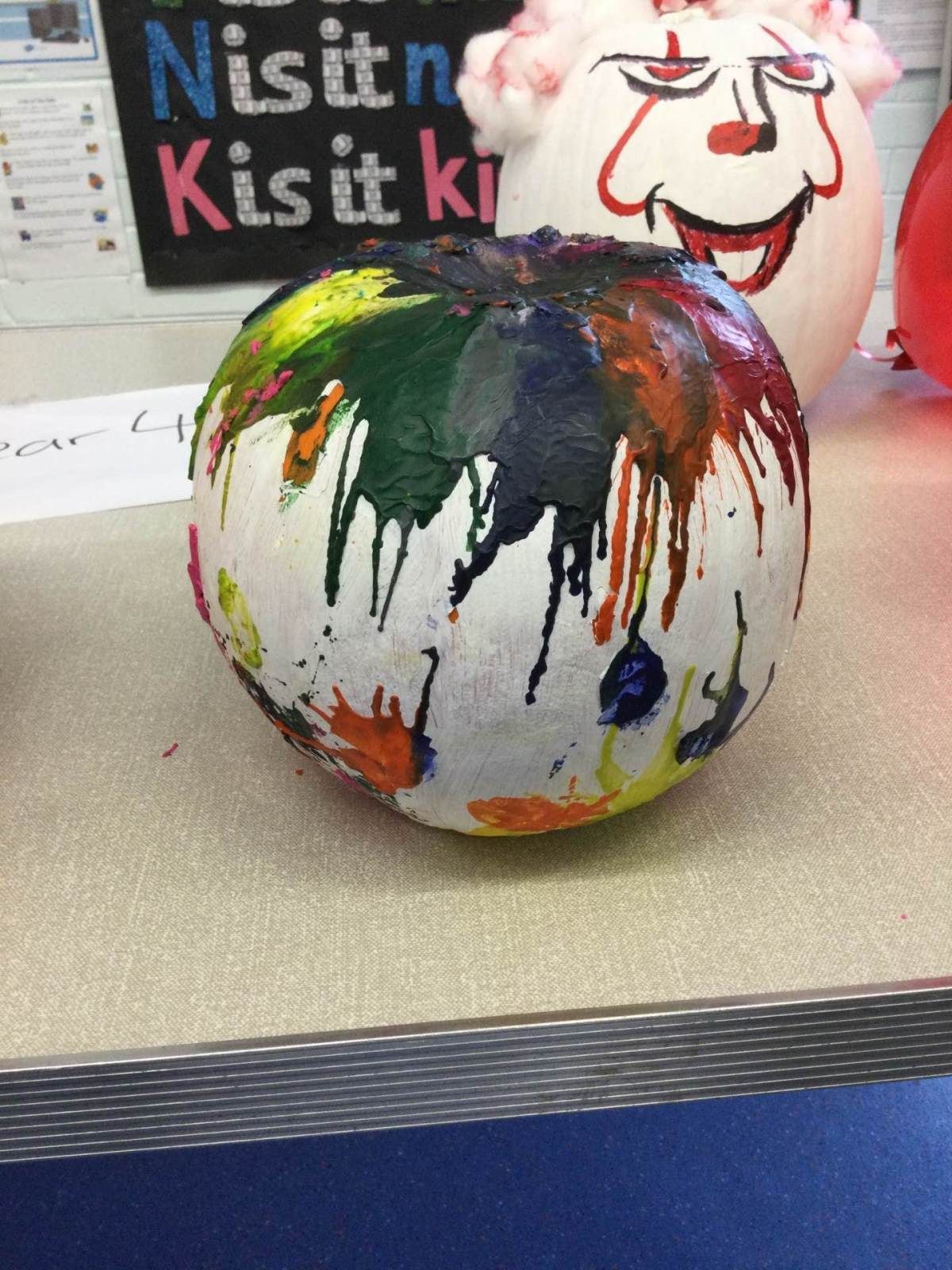 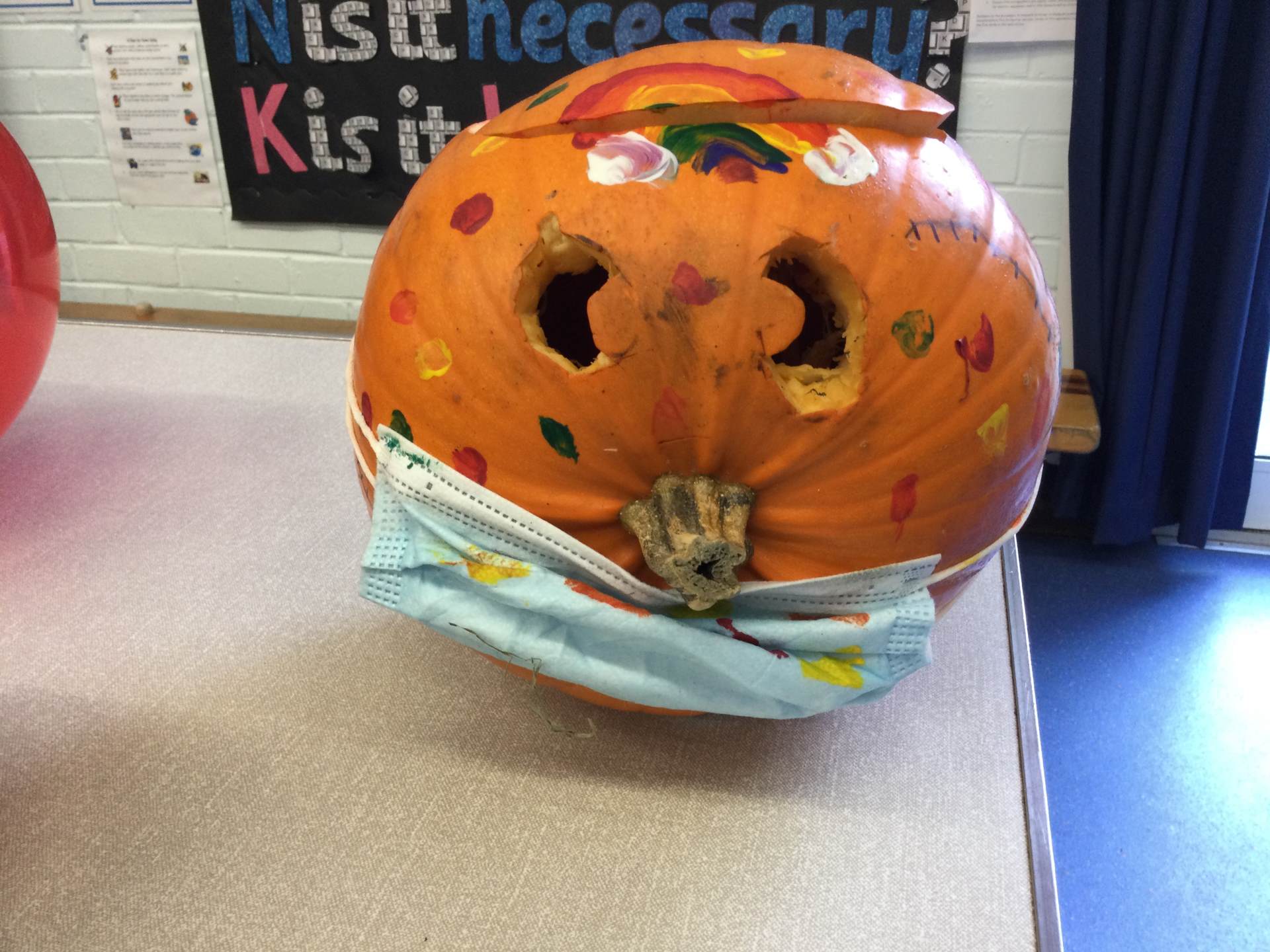 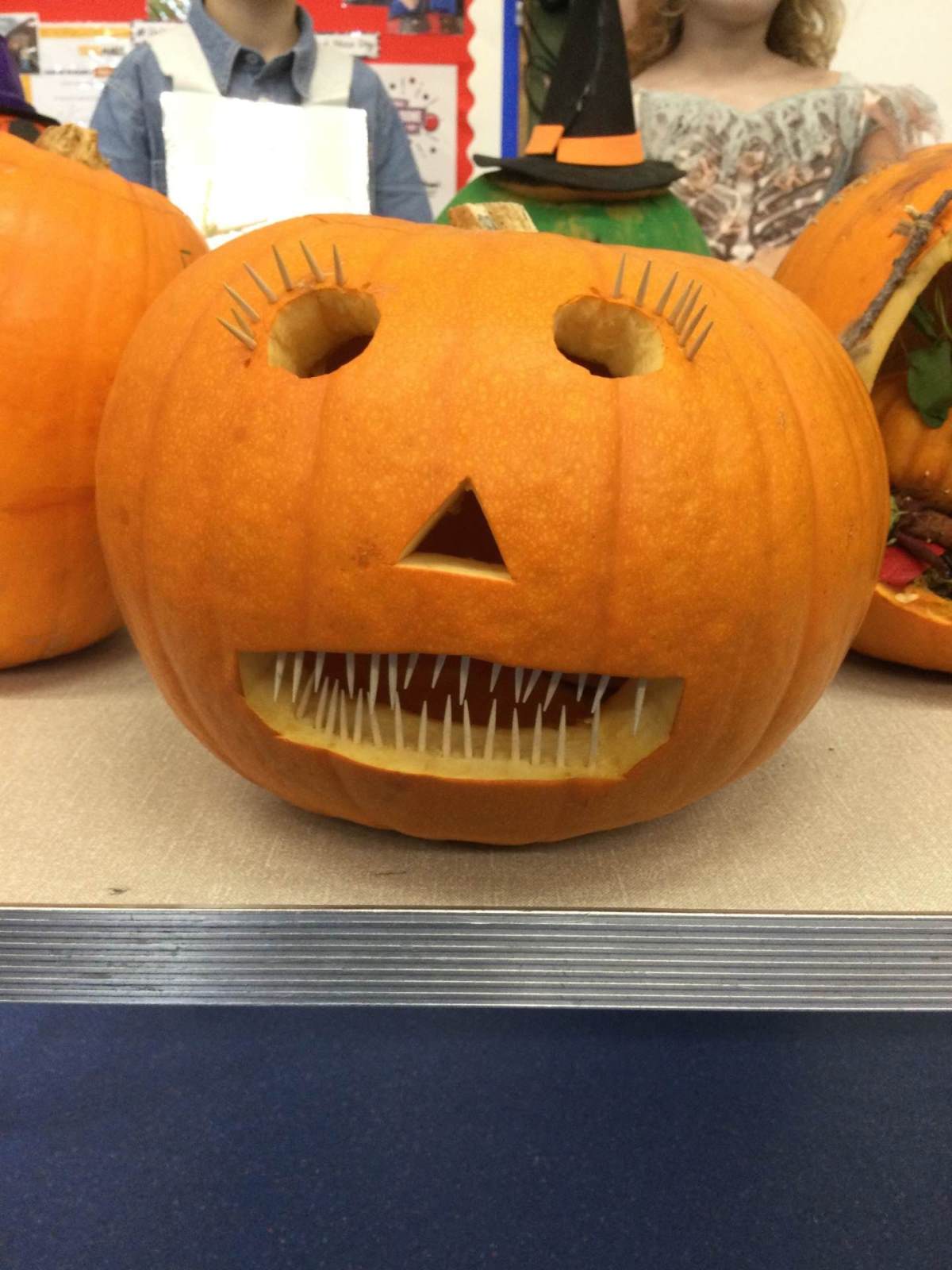 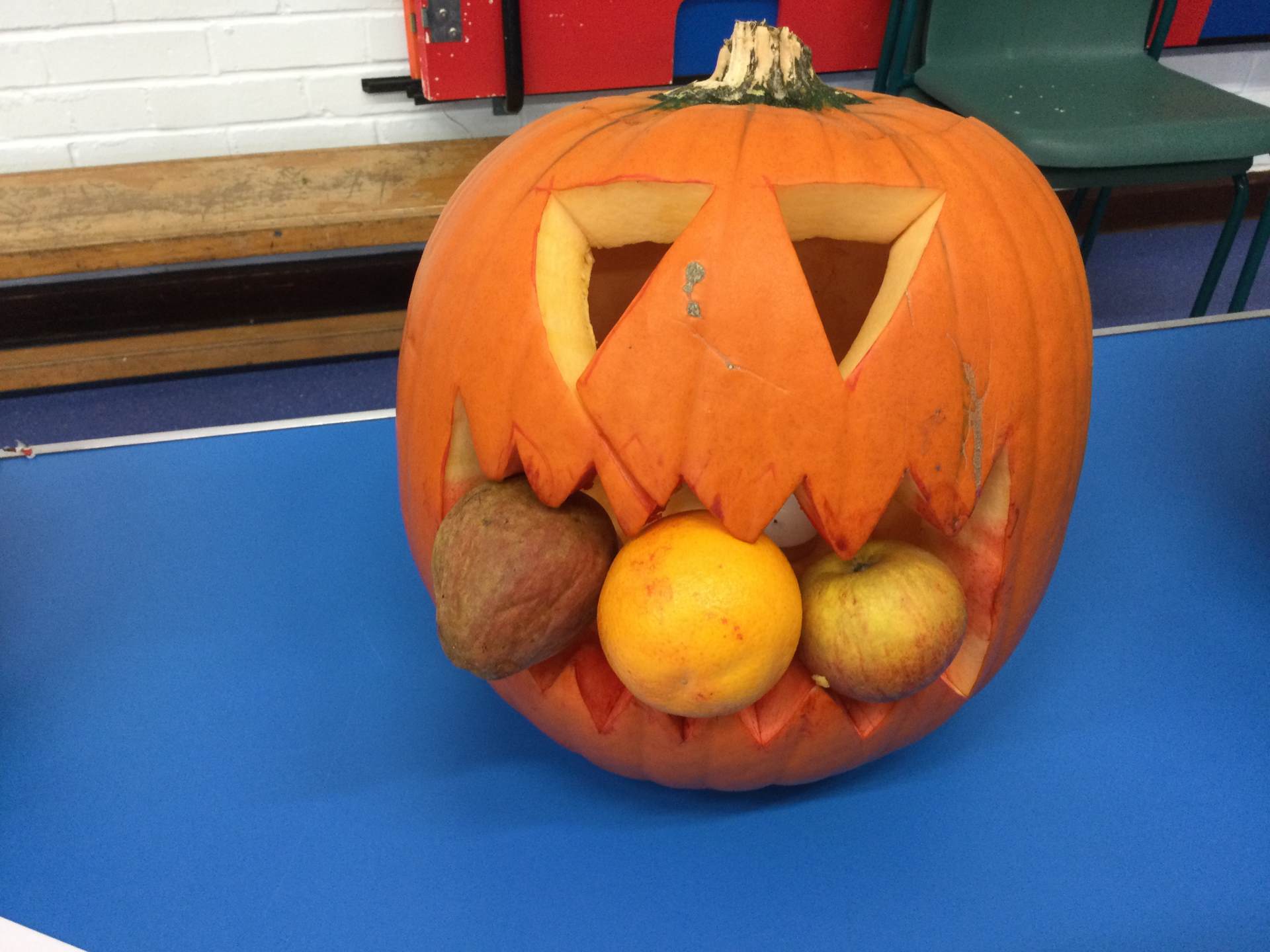 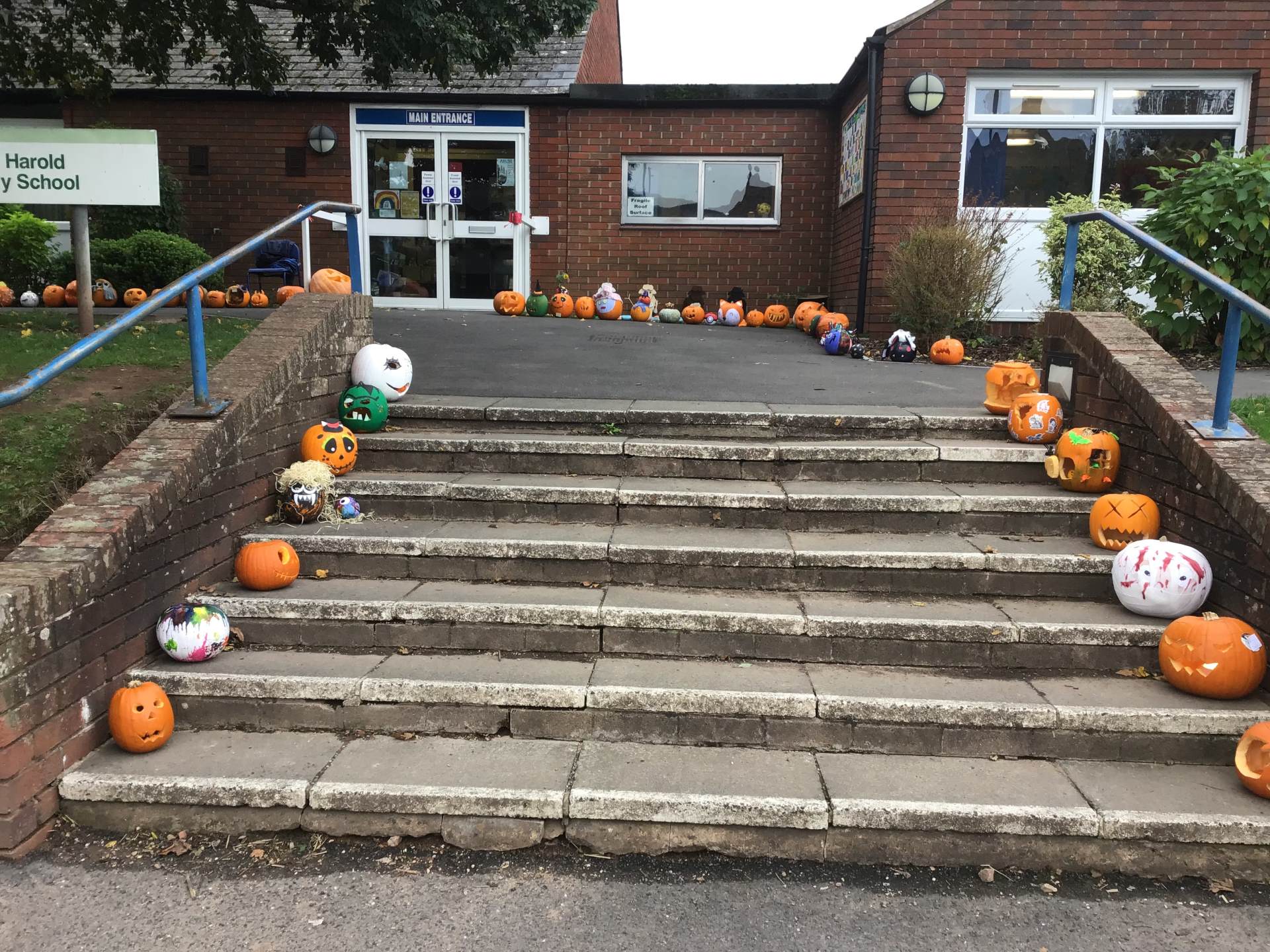 Teachers also judged the best Halloween costume in their classes.  It was really tricky as there were some super outfits. 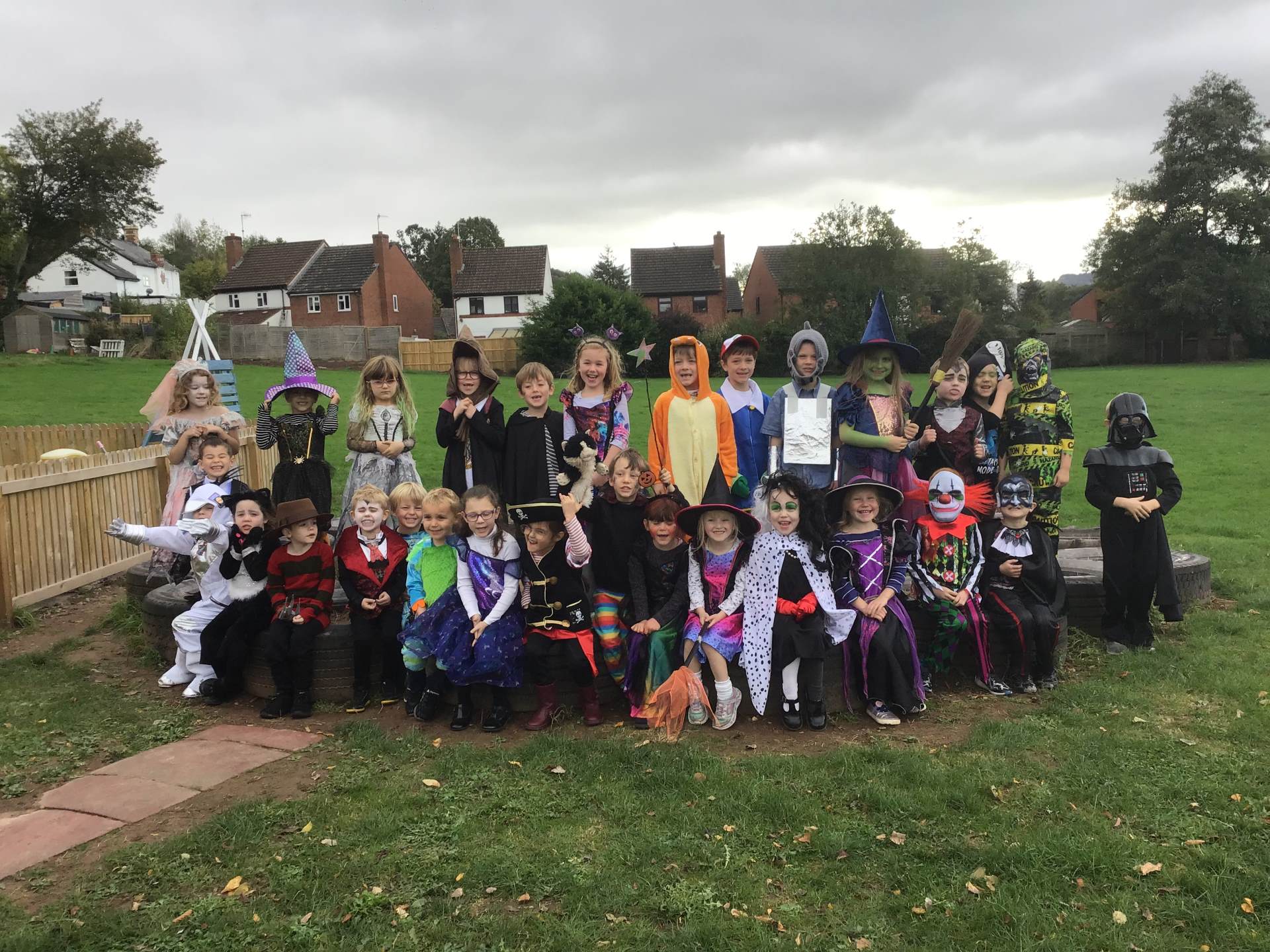 Our Year 6 children were invited to visit the only horse-powered cider mill in England on one of its very rare Open Days. The children found out about the old English apple varieties used (and got to taste them too) as well as seeing Tommy the Welsh Cob in  action pulling the stones in the cider mill. Everyone was able to scoop some of the apples and learn more about this ancient craft being preserved as living history just up the road from our School.